VSTechnoscience is an innovative, strategic and solution provider for our eminent clients.

Softdevels Managed Testing Services allow our clients to focus on their core business while benefiting from our professional, high quality, independent testing services. We can help you significantly reduce the total cost of testing while attaining measurable and repeatable quality improvements, including enabling your organization to prevent high-severity defects, grow organization QA skills, and improve time to value for your business. 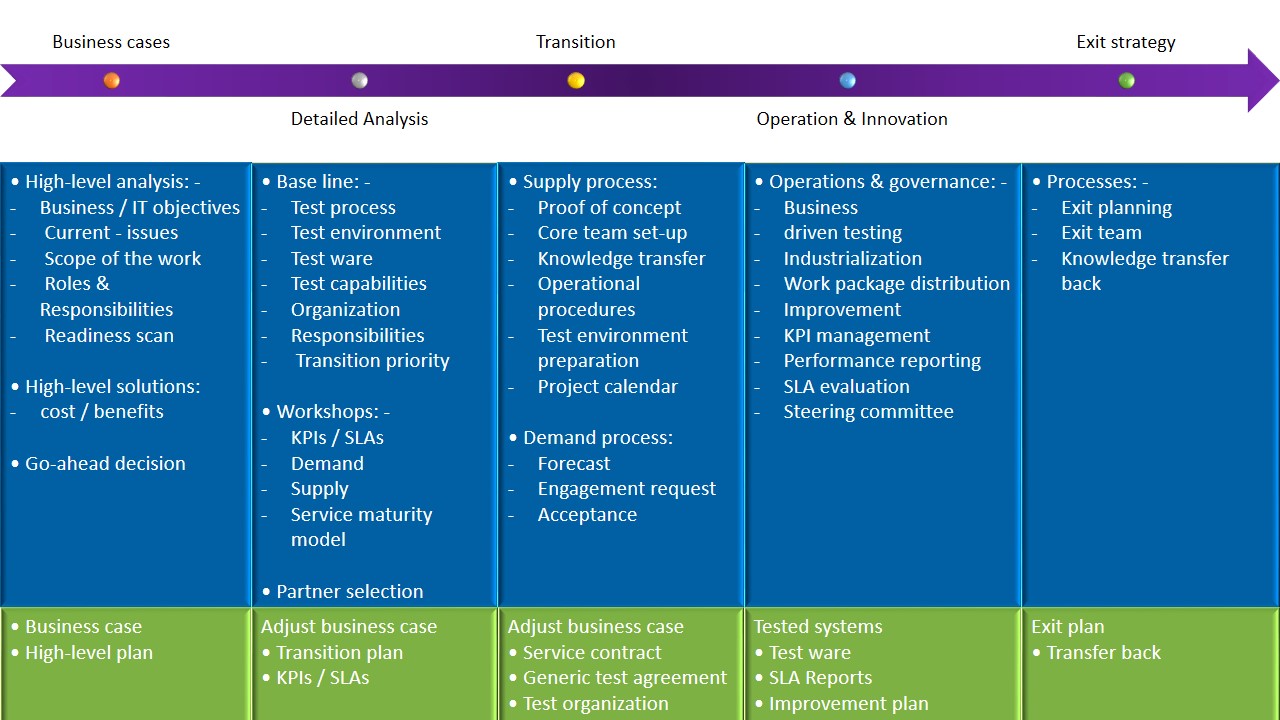 Our testing services can be retained to compliment or supplement your current development capabilities. We support multiple toolsets and provide services against industry standard metrics in an SLA. We offer these services for IBM, Microsoft, and Open Source technologies aligned with your service level requirements and leveraging our global delivery capability. We offer the following testing services using a Managed Services model :

As organizations adopt test automation, many are finding that it may not provide the expected improvements or returns

These are usually occurring because the test automation itself is only addressing regression testing. Other methods of testing within the quality assurance program are typically manual processes that are unable to keep pace with agile development lifecycles.

Beyond Regression: Expanding the Role of Test Automation

Softdevels recognizes that Test Automation must cover a broader range of the development lifecycle. This starts with a Shift Left approach, with a review of the architectural and business requirements for the systems under test. By analyzing the systems earlier in the development cycle, test case generation can occur earlier, potentially identifying defects before they are even coded by uncovering the architectural flaws that would cause them

Next in the development lifecycle is the introduction of Service Virtualization. Without access to the participating systems under test, Test Automation can still be used to test simulated versions of the system’s interfaces, in order to identify potential defects in the defined APIs, processing of the data, and other types of defects that might only have been identified later on in production using traditional testing methodologies.

Softdevels’ Test Automation can generate the appropriate data and testing scripts, as well as automate the execution of the tests. As development continues, the Test Automation recognizes and adapts to the development changes, generating new data and test cases to suit. This can result in a dramatic decrease in testing time, and moves the testing forward in the overall development lifecycle, resulting in earlier delivery. Testing includes:

Prepare for DevOps and Continuous Integration

As development processes and methodologies evolve and mature into DevOps and Continuous Integration, Softdevels’ Test Automation approach has been proven to keep pace with the rapid delivery these methodologies can provide.

Softdevels’ Test Automation is a cornerstone for more advanced quality assurance programs including Test Lifecycle Automation, as well as Business Assurance. For testers, the Softdevels BA360 tool provides a comprehensive view into the entire quality assurance lifecycle. For business users, it also provides insight into the alignment of the testing with business requirements. This ensures that the tests are not only successful, but that the right tests are being executed in the first place, resulting in production systems that have fewer defects, and higher degree and confidence in the systems by the business.

Softdevels utilizes a number of tools and frameworks to assist in the automation process, including:

Have you felt that just testing your software is not enough? Do you believe that every stakeholder should have a say in software is tested and delivered? Agile testing follows the principles of agile software development. Testing will not be carried out in silos but as a continuous process that involves all cross functional teams in a real-time feedback loop, increasing go-to-market times and speeds up release cycles. Agile processes can be inserted into any testing process

Provides an independent baseline and validation of the overall security posture Strategic and tactical security services focused on below,

Mobile testing ensures the quality of applications and other digital properties running on mobile devices. The dynamism, complexity and competitive nature of the mobile application space makes it imperative that publishers choose a highly responsive and well-equipped partner to ensure greatest user experience of their digital properties across all types of mobile devices.